Why The Tiny House Movement Isn't a Failure

Posted by Laura LaVoie on January 18, 2016
Over the last month or so several opinion articles have been published on the interwebs that describe the failings of the Tiny House Movement.

There was this one that suggested that tiny houses were actually a nightmare. Practically a pox on the American landscape.


Sadly, these aren't the utopian living spaces that are going to save you from paying exorbitant rents or 30-year mortgages. There are plenty of unique problems that come with every kind of pint-sized living space, turning them from cute little dream homes into compact nightmares.

Then there was this post that called the tiny living movement a big lie.


And we could definitely kick the knick-knack habit. But how small can we shrink without wreaking havoc of a different kind? Are tiny homes really sustainable? 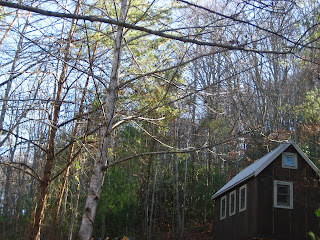 In this post, the author shares her story of living in a small space for a vacation and equates their desire to go home at the end with several stories of tiny house people who have since moved on from their small homes. It is a false equivalency, to be sure.

Matt and I speak at a lot of tiny house events. And one of the things we emphasize is that tiny living is not a panacea. There are a lot of considerations that people need to make before diving into the tiny life.

For example, because we built and live in the house together people often ask us how they can "convince" their partner to move into a tiny home. Personally, I don't believe that if one person has to be convinced that the path to tiny is right for that couple. Someone is going to become resentful, and that isn't a good thing. However, whether the tiny house caused the problem in the relationship or was simply the final straw - well, that's a question for relationship counselors, not me.

But here is the real truth.

Just because someone moves out of their tiny house doesn't mean that the tiny house movement is a failure.

There are many reasons someone might move out of any home. Matt and I, for example, have lived in a lot of places since we started dating. There was a duplex outside of Detroit. Then a bungalow in Dearborn, MI. Then we moved to an apartment in Atlanta. Then we bought a big house in Atlanta. Then we sold the big house in Atlanta and moved into a very small apartment. Then we moved into the tiny house. And finally, we now live most of the time in a 700 square foot Bungalow in Asheville, NC. 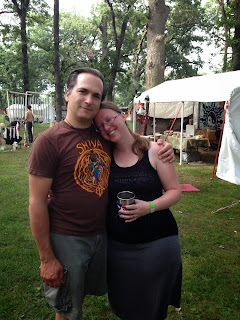 Because we, as a couple, love diversity and change and don't like to sit still for very long. The tiny house was a project for us. It was a catalyst to get our lives moving in another direction. And it was an absolute success. So much so that it gave us the opportunity to buy another home in a city that we love. Will we live in this house forever? Who knows. We just aren't those kinds of people.

The ultimate lesson was that the tiny house taught us about ourselves.

The tiny house movement gave us an opportunity to better understand what we wanted, what we could do, and how we could achieve it. It got us thinking outside the box, as it were.  Honestly, the catalyst could have been anything - but it wasn't.

It seems ridiculous to assume that someone needs to stay in their tiny house forever just because they live in it now. People change. Life circumstances change. Places change. Needs change. And you know what, that is not only okay but it should be encouraged and embraced. But what people do come out of the tiny house movement with is a new way of thinking. I will say again and again, the tiny house movement isn't about the house at all. It is a philosophy. It changes the way you think about everything around you. It changes how you think about the place where you live and what you need to live there. It can give you opportunities, even if that is only for a finite period of time.

To the authors of sensational op-ed pieces, it is time to stop thinking about tiny houses in black and white. What does or doesn't work for you or even for someone who tried out tiny for a while doesn't mean that it is automatically a bad thing. Or, automatically a good thing. A tiny house is just a thing. It is the people that matter, not the house.
live deliberately tiny house