Why I Hate Bucket Lists 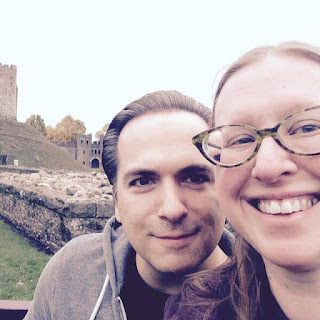 I  celebrated my 40th birthday in March of this year so I have been thinking about the future a little bit lately.  I've told this story before but I am going to tell it again.

When I worked in staffing I had a client who had worked as a Human Resources Director for many, many years. She had finally decided to retire, along with her husband. They bought an RV and made plans to travel the country to visit family and finally enjoy their life together.

She left her company, had a big retirement party, and never had to worry about work again.

I can only imagine how this affected her. She was a client, not a friend, so I never got to have a heart to heart conversation with her about her feelings. I know that it affected me a great deal and I didn't even know her husband.

During that time, Matt and I were already building our tiny house. I was getting closer and closer to quitting my job. This story just cemented in my mind that I needed to do something now, not later.

Waiting for "retirement" to live may not be a viable answer for everybody. It may not be a viable answer for anybody. There is simply no way of knowing what lies ahead for any of us. I couldn't put off my desire to live more deliberately. I couldn't continue doing what I was doing even though I was comfortable, paid well, and pretty good at it. I wanted to experience life, not just survive it.

And this is why I hate "Bucket Lists."

I'm not entirely sure when the idea of a bucket list became poplar. One day there was a movie and the next thing I knew everyone was talking about their bucket list. I'm guessing we always had these notions as a culture but no shared name for it. They were just the things we wanted to do before we died.

The problem isn't in having the desire to do these things but the idea that we can put them off until some later date. That we have to reach a certain milestone before we can start living our lives.

There have been a lot of things that I wanted to make sure I did in my lifetime. Some small, some big. As soon a I thought up a new one I would consider how much of my life it would cost me to do it. Not money, life.

If I traded a certain number of hours of my life in exchange for money I could afford to do this thing. Could I afford to lose those hours?

The very idea of a Bucket List gives us an excuse to write our hopes and dreams down on a piece of paper and hold on to it tightly until we determine we are at an age or a level of success where we can actually do them.

Sure, I understand that some things cost money. I did trade 15 years of my life in a job with the goal of saving enough money to do the things I wanted to do. Eventually I needed to figure out an alternate way to make these thing happen or I was going to continue slowly withering away inside. I know not everyone hates their 9-5 job and I I'm happy for people when they do, but I talk to enough people who eventually admit to me that their job leaves them feel empty and unfulfilled. It feels like an epidemic that most people aren't willing to acknowledge.

My client put off her life in exchange for security. When she finally felt secure enough to leave her career, it was literally too late. This is not the future I want for myself.