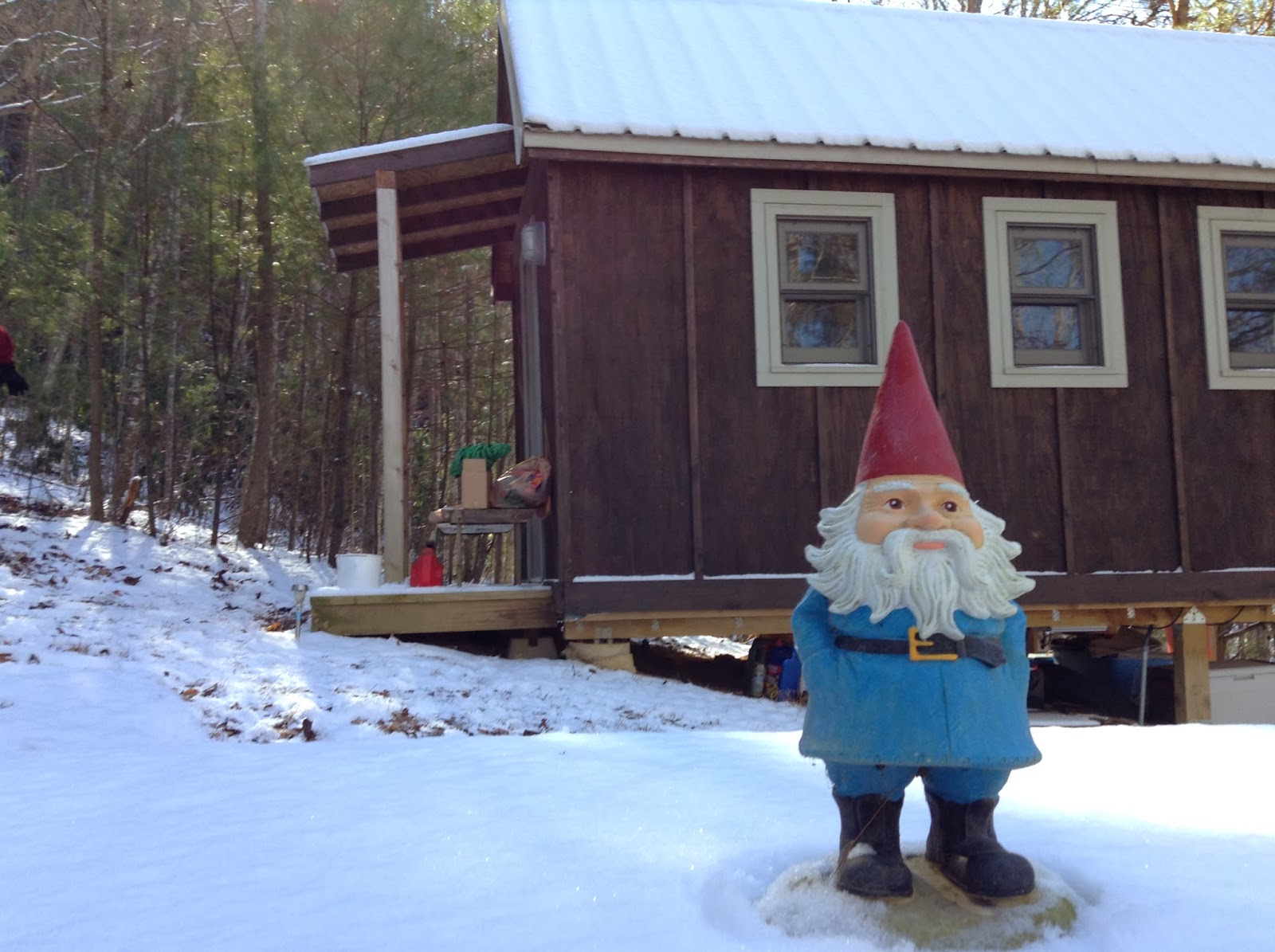 It has been a very long time since I've sent out holiday cards. Its not that I'm too lazy...well, it is in a way. I recognize that cards are a great way to keep in touch with friends and family but the internet age has changed the way we communicate anyway. So for the last several years I've written up a holiday blog post and called it a day.

I'll be the first to admit that 2014 was challenging in a lot of ways. That is much of the reason this blog has been kind of silent since about June. Don't get me wrong, a lot of great stuff happened but the more difficult stuff made it hard to find my voice.

I am inspired by Rowdy Kittens blogger Tammy Strobel and her recent announcement that she has moved to a 700 square foot home in town for the winter. Matt and I have also had the opportunity to make use of a 700 square foot home in the city of Asheville and with a variety of health issues this summer it has been a blessing. But before anyone starts to think that this is an admission that tiny house living has failed us, in truth it is entirely the opposite. Without the tiny house we wouldn't have been able to get through all of this turmoil. I couldn't imagine what it would have been like if I was still working a 9 to 5 job or if we had to pay a mortgage on top of medical bills.This is just a different aspect of tiny living.

So I thought for this holiday season I would take a look back at the year and share my favorite blog posts from each month.

In January we started the year by doing some tiny house land maintenance. It reminded me that nature will do its thing whether or not you're ready for it. It is a simple lesson that I remembered well throughout the year.

February was our 19th anniversary which got us thinking about our lives as we age. A question from a blog reader inspired a post on the subject.

In March I wrote the Fallacy of the One-Size-Fits-All Tiny House. This is a subject I am extremely passionate about.

April was the first annual Tiny House Conference. As a presenter I found it an amazing experience to be surrounded by others who completely understood tiny living. It isn't for everyone. I feel so proud to be a part of this community.

In May I wrote about being a consumer of experiences.

In June, I took a summer vacation. I'm really glad I did because I had no idea what was coming in July and August.

Then the world seemed to fall apart. I was sick and ended up having to have some surgery. It was minor but nothing feels minor when it is happening to you. The good news is, I am 100% fine now. But in July I distracted myself just long enough to write this blog post about making excuses.

In August I was happy to be able to get away to the annual camping trip in Minnesota.

I am glad we had that month of normalcy because after that we faced another crisis. In early September, our beloved cat Piglet was diagnosed with an aggressive form of cancer. I spent a lot of time away from this blog. But just like my own medical issues, Piglet was able to have surgery and she is doing great now. We bought our girl some quality time. In the middle of all that, September was also the Raleigh Home Show.

In October I was pleased to announce the formation of a local Asheville advocacy group. We are working with some great people to make tiny houses legally viable here in our city. Things are moving and shaking and we're hoping to have some projects for next year.

And that brings us to November. I took this amazing online class where I spent some time really thinking about writing and what I want to do with it. This blog post was the result of that, but there are big things to come in 2015.

So far in December we can talk about the feature in Our State Magazine. We usually travel back to Michigan for the winter holidays but this year we're staying put until the week of Christmas itself. We want to celebrate as much of the winter in our city as we can.

Last year I declared 2014 the year of hospitality. I wanted to spend time with people, invite them into my home, and become a part of my community. Even with all the hardships aside I think I accomplished this.

So, what's in store for 2015? I am declaring 2015 the year of Adventure. This doesn't mean I'll be jumping out of perfectly good airplanes but I want to focus on experiences this year. 2015 will be a milestone year in a few ways. Matt and I will celebrate our 20th anniversary and I will turn 40 in March. So I want to do stuff. And do lots of stuff. These experiences can be local or involve travel. In any case, I hope you'll join me.

Have a safe and wonderful Holiday Season!