Posted by Laura LaVoie on March 10, 2014
Several months ago I was at a local restaurant and ordered buffalo chicken nachos off of the appetizer menu. They were absolutely delicious. The blend of spicy buffalo sauce with blue cheese and cheddar cheese. Plus the crunch of the tortilla chips and celery...divine!  However, we never really made it back to that restaurant but I was still craving the buffalo chicken nachos.

Enter, this recipe. The first time I made pulled buffalo chicken in the crock pot we ate the resulting deliciousness as sandwiches, but I quickly had a realization. They would be perfect for nachos!  So, I made the crock pot recipe again and this time, when it was all done, I laid out some chips and got to assembling. It went like this: 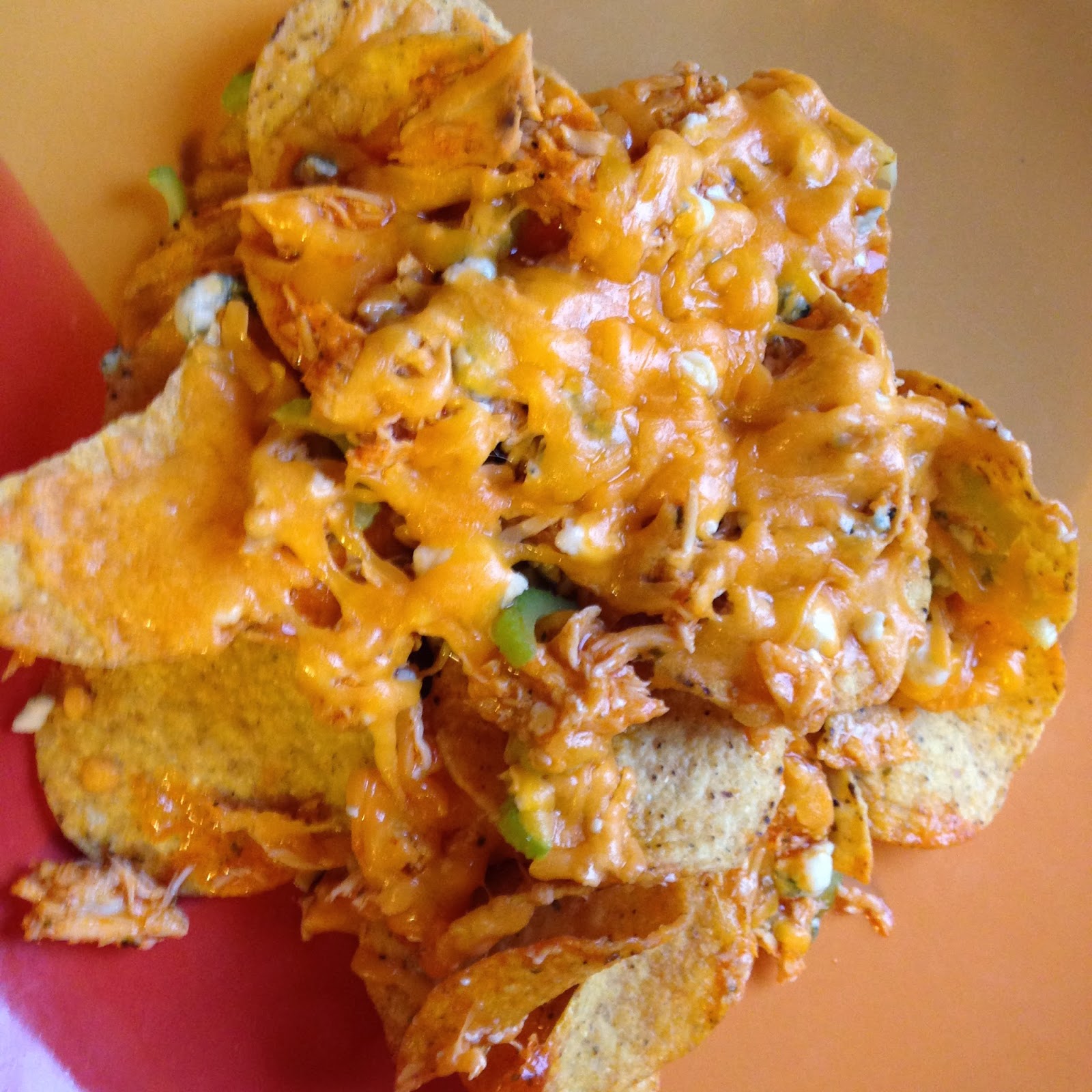 Serve with ranch on the side.

The beauty of this recipe is that the baking part doesn't take long. Since the chicken is already cooked it just needs to be in the oven until the cheese is perfect. We put it in a 350 degree oven for about 5 minutes. While we made this dish in a conventional kitchen using a crock pot it would also be a great meal for a simple tiny house like ours or camping. You can easily make the pulled buffalo chicken in a dutch oven over a fire rather than a crock pot. And the camp oven would be perfect for melting the cheese.

Of course, when you make something like this in a crock pot you are likely to have left over chicken. This week I am thinking about trying buffalo chicken egg rolls. Won ton wrappers stuffed with the buffalo chicken and blue cheese. Ranch dipping sauce on the side, of course.

What have you been cooking up in your tiny house?