“Instead of wondering when your next vacation is, maybe you ought to set up a life you don’t need to escape from.” -Seth Godin 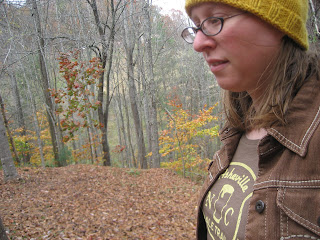 As I was preparing for this week's post, a friend shared this quote on his social media. It couldn't have come at a better time.

I would like to talk about part of my life that doesn't have the best language to describe it. But I am going to try. When I was working in the staffing industry we referred to "Work/Life Balance." But I wanted something very different.

An issue of Life Magazine from 1968 quoted writer and counterculture personality Paul Krassner as saying:


"Some anthropologist said that one definition of happiness is to have as little gap as possible between your work and your play."


This is the philosophy that I want to live by.

Our current American culture suggests that we can "have it all" but then villainizes the individuals who try to do just that. Working mothers are told they are neither providing the best care for their children nor performing at peak levels in their careers. If they do one they must be lacking in the other. 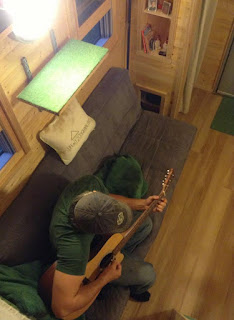 It is similar to the argument that someone has "too much time on their hands." We have glorified the act of "being busy." Accomplishments no longer speak for themselves. We judge our relationships by everyone's level of busy-ness. We talk about people in terms of being workaholics or married to their jobs. This kind of work/life imbalance can destroy families.

I am not too busy when I am doing something I love. I don't have too much time on my hands when I go out for a beer at 3pm. I am in control of my time. I write when I write and I enjoy it as much as I enjoy every other aspect of my life. And since moving into the tiny house and embracing deliberate living I enjoy everything from laundry and dishes to spending time with friends and meeting with clients.

I believe that work/life integration is an important part of the Live Deliberately philosophy. My journey to get here led to me being self employed which works great for my lifestyle. There are countless ways to make this happen for yourself. And that is the key: "Yourself." This is a very personalized philosophy and only you can change your life.

How can you integrate your work and your life?

Water in the Tiny House

The other day as we were driving down off of our mountain we ran into a part-time neighbor who lives in another part of North Carolina full time. He told us he is reading the blog (Thanks!) and had just one question. What do we do about water?

I suppose it kind of slipped my mind not to talk about our water system here in the tiny house. I'll give you a quick overview.

All of the water we use in our house comes from a spring on the land. The only exception is drinking water which we buy by the gallon at the local grocery store. For treating the spring water we use a Berkey water filter system. We could drink it, but we just don't. We collect water in large containers at the site of the spring and physically carry them up to the house whenever we're running low. If you want to know more about how we handle water here, you can check out my guest post from over at the Tumbleweed Tiny House Blog.


I've also spoken about our shower before. I am very proud of that device. We…